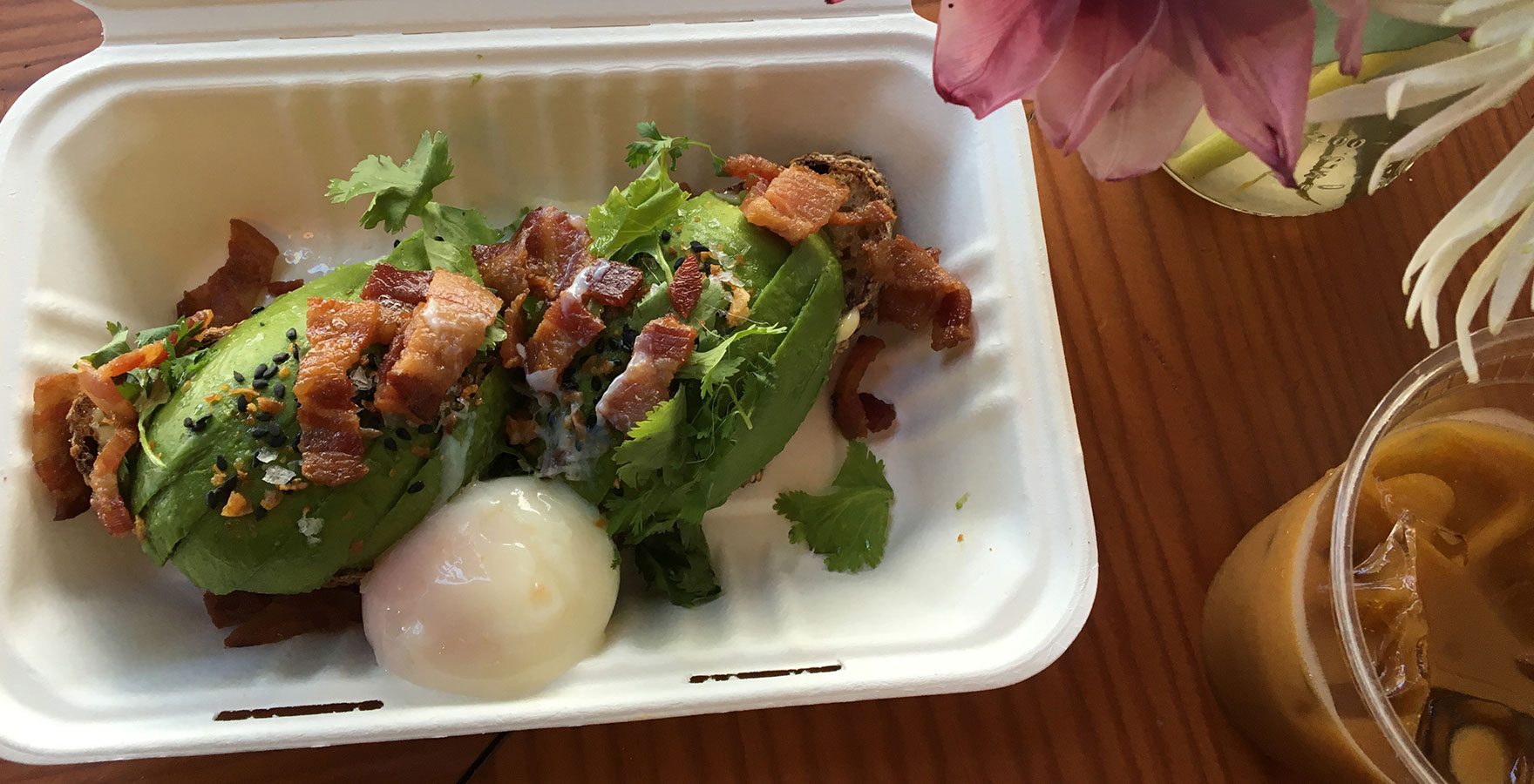 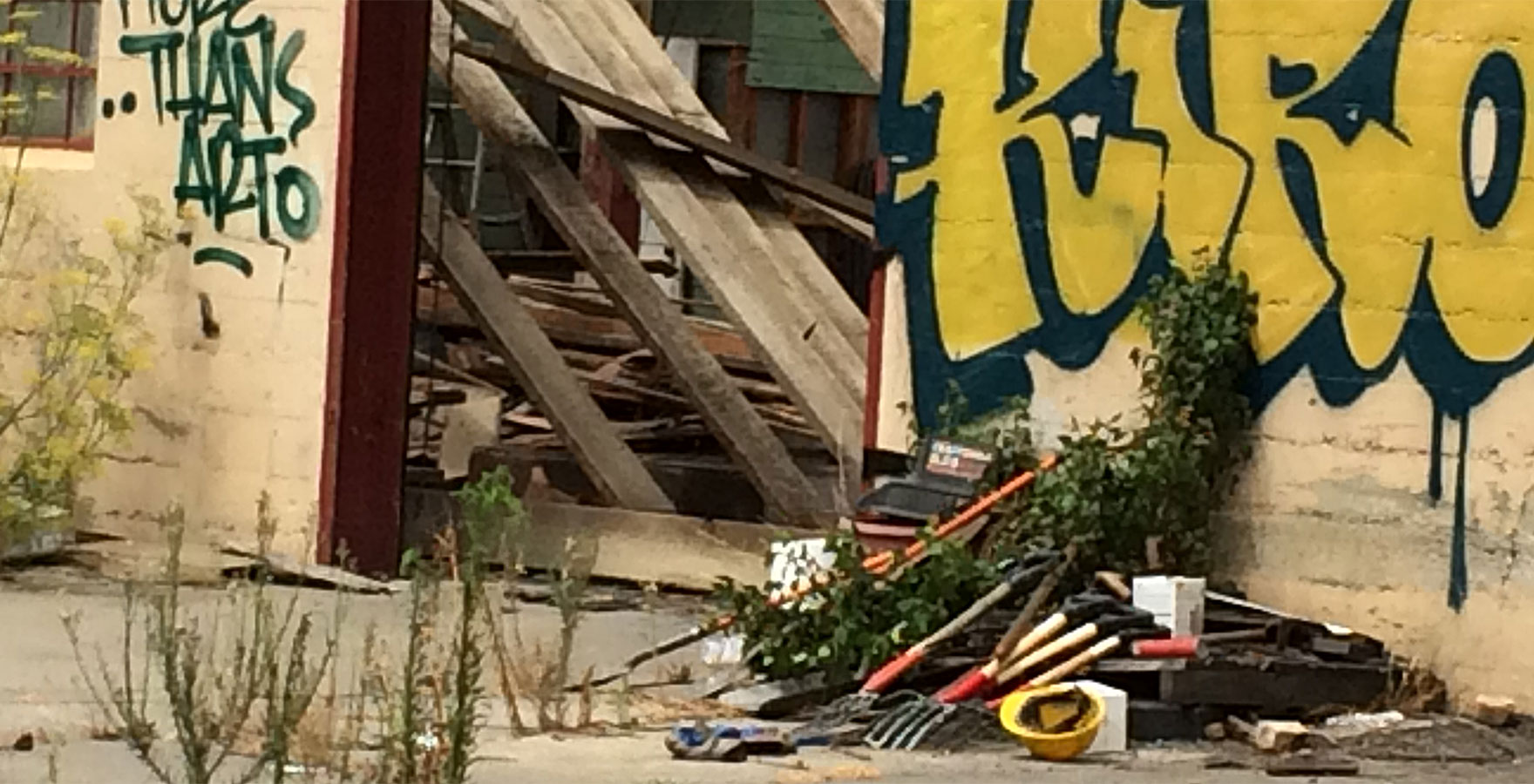 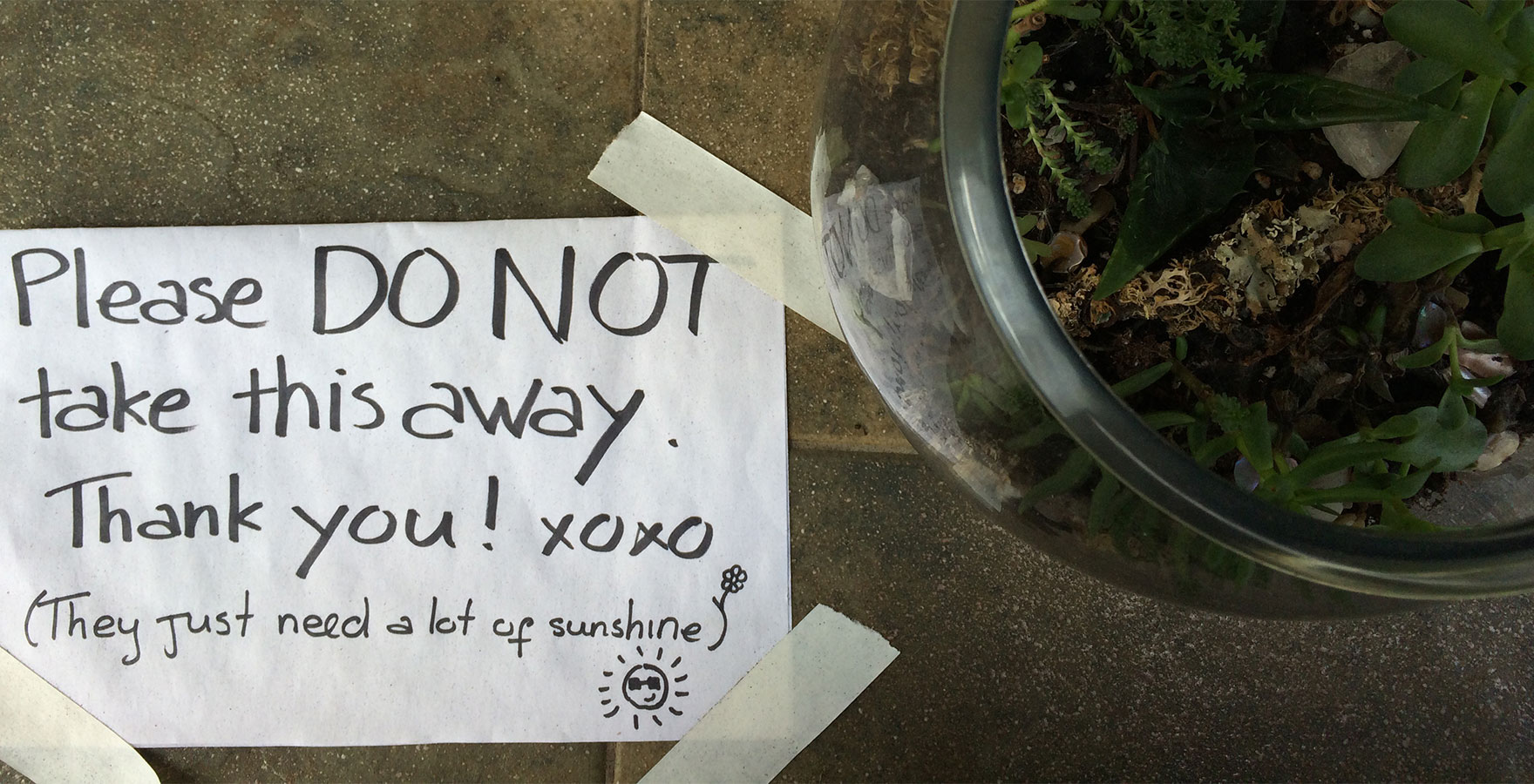 Our office is on the edgy edge of the design center, across from the Scrap Metal Yard on the outskirts of Portero Hill, adjacent to Mission Bay and the Dog Patch. In our few years there we’ve seen multiple condo developments, the opening of the new USSF Benioff Children’s Hospital, the relocation of Front Café and the opening of Provender as well as a new homeless encampment.

“For a good time read here” was written by a local who routinely leaves missives in chalk when he can find it- but more often grass- on the sidewalk near our office. The book in this case was put out on the sidewalk by Alix from red dot studio with a little group of free books left over from a house move.

Another resident had a little pot of succulents left out to get some sun with a note. Days later another note appeared next to some greens drying. No one ever disturbed either of them. We decided this was equal parts social experiment and horticulture.