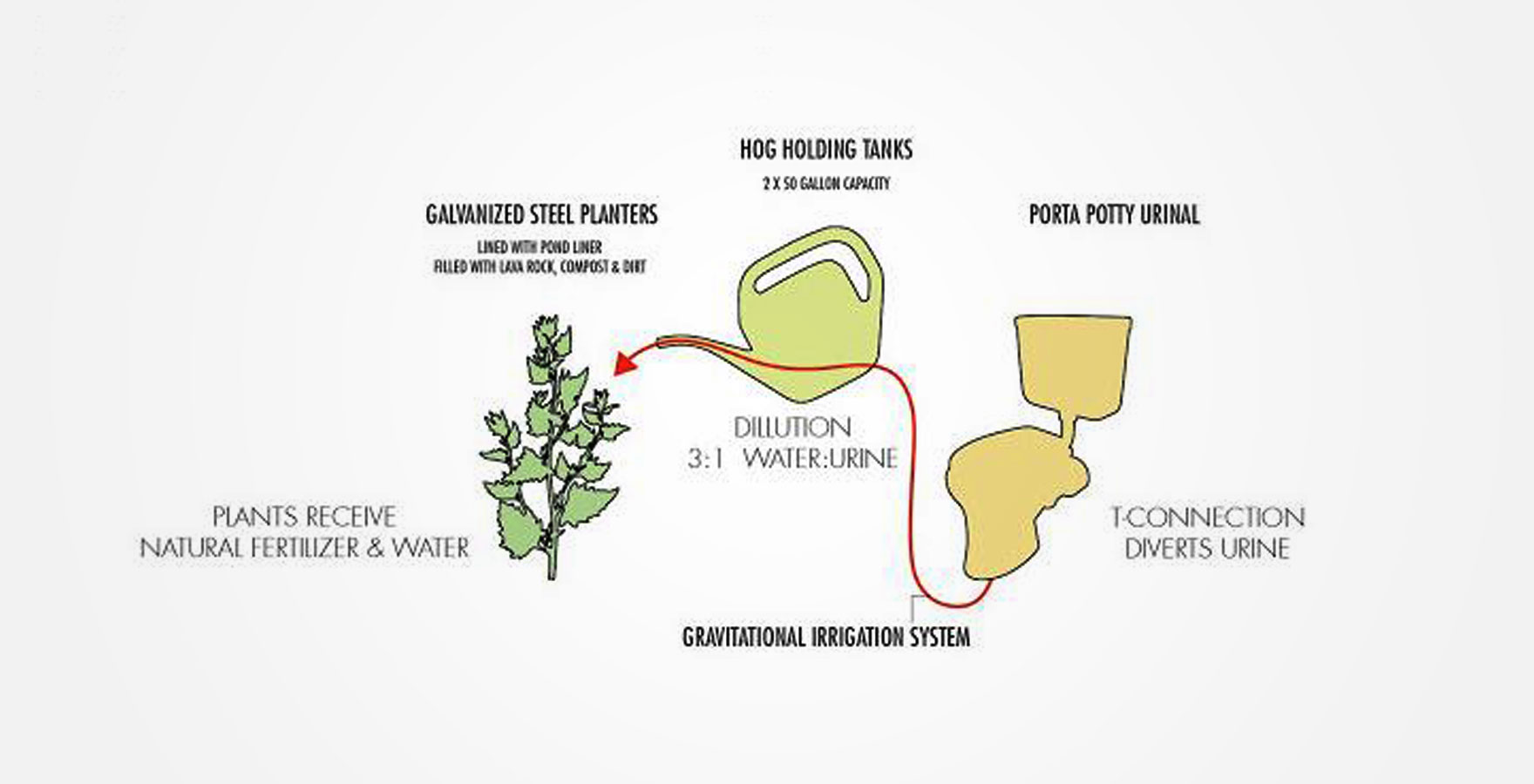 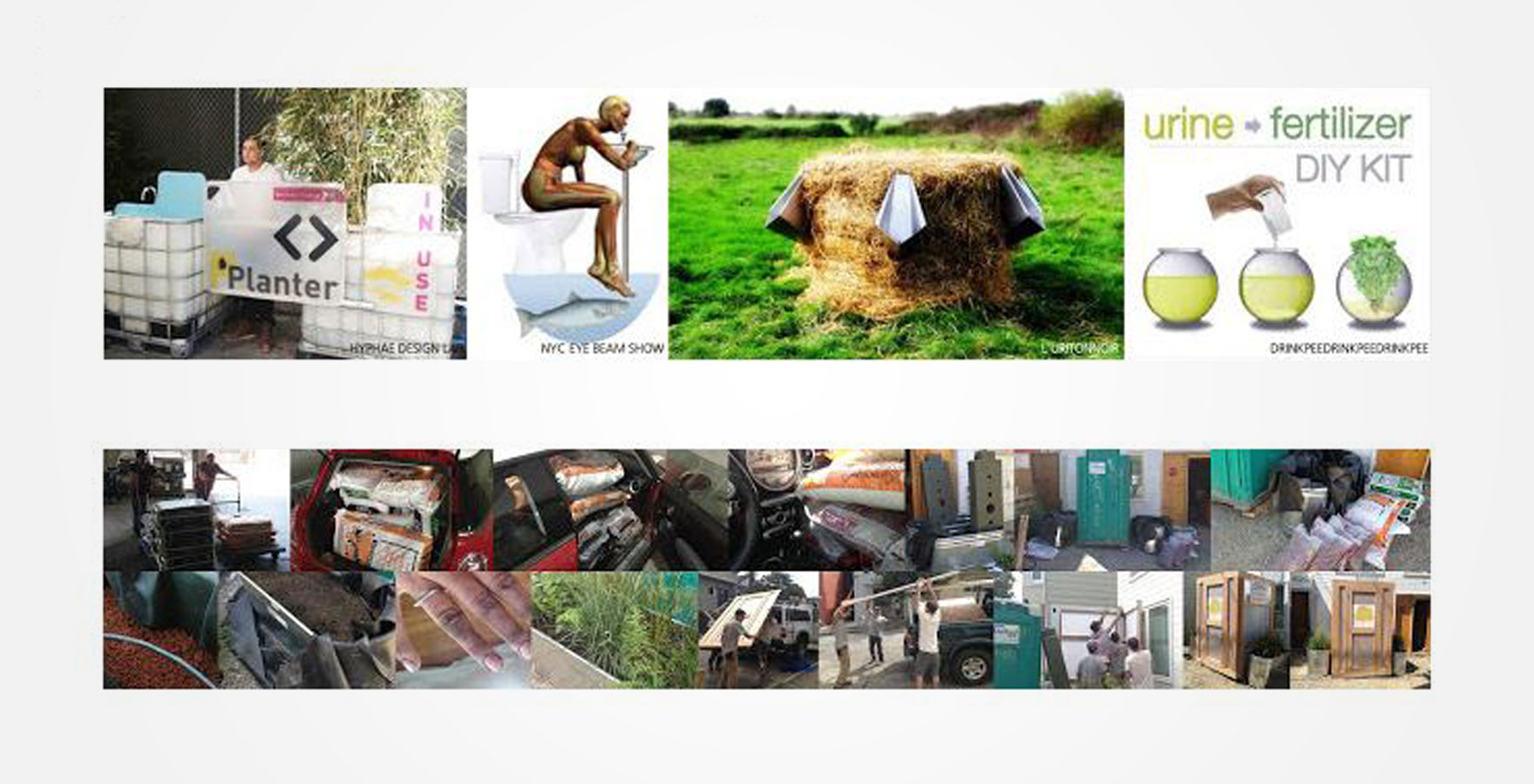 When approached to design a ‘green’ porta potty surround the one week race for a respectful take on a sustainable porta potty covering began. The initial research probed us to think about what role our bodies play in larger ecosystems and something unexpected happened…we got a bit obsessed with pee!

Urine accounts for only 1% of human waste but up to 80% of the nutrient content. The nutrients in urine are quite harmful to dump in oceans, but they can be extremely beneficial if used in agriculture. Urine is composed in large part by phosphorous and nitrogen, which are elements plants need in order to grow. Thus, urine is a great natural fertilizer! We found some exciting precedents including Hyphae Design Lab’s (Oakland based) PPlanter which is a public urinal and sink that uses bamboo bio filters to treat waste water; French design studio Faltazi’s Straw Bale Urinal, L’Urinatoir, that leverages the nutrients in urine to transform crisp new hay into great agricultural compost; as well as neat projects including drinkpeedrinkpee which turns urine into a solid fertilizer to be sprinkled on edible salad varietals.

P-Cycle is Red Dot’s Studio first Urine Diverting Porta Potty prototype. This project takes the previously explored and tested concept of rerouting urine so it does not cause harm (think ocean algae blooms and dead sea lions) to where it can actually do good (think beautiful flowers and greenery). However, RDS attempts to design this concept so that it can plug into existing systems, recombining common building materials.* The quantity of urine being diverted is only 8-10 gallons per 200 uses, but with urine it is the quality of the nutrients rather than quantity that matters. We are designing a way for porta potties to change the role our bodies play in larger ecosystems.

Here are some pictures of the two day set up/build up including a mini getting stuffed with soil and compost bags(what a smell!), some dirty hands, the hog water holding and dosing tanks, tons of lava rocks, pretty plants, framed poly carbonate panels, four guys pulling it square and getting it together…

Not bad for our first prototype! Next time we want more polycarbonate and thinner trim. We want to get more of the polycarb glow with the faint color of the teal porta potty and the green hog water holders.